Located in the Pacific Ocean 972 km. off the coast of Ecuador, are the Galapagos Islands, or “the enchanted islands” a paradise of flora and fauna unique in the world composed of 13 islands of volcanic floor that offer a unique spectacle for nature lovers. Here you can find one of the best snorkeling places in the pacific ocean, dive with sharks, enjoy spectacular sunsets alongside the iguanas on beautiful virgin beaches,, or camp in a volcanic paradise that will leave you breathless. Undoubtedly one of the places you have to visit at least once in your life.

The islands were discovered by Fray Tomás de Berlanga in 1535 after King Charles V ordered him to travel to Peru to report on the situation in the colony. However, the strong ocean currents diverted him from his route, forcing him to dock on the islands.

In 1570 they were annexed to the world atlas by the cartographer Abraham Ortelius, baptizing them with the name “insulae de Los Galapagos” because the shape of the tortoise shells reminded him of the English saddles, known as Galapagos in Spanish. The name stuck, even after they were renamed “the archipelago of Ecuador” in 1832 when the islands were annexed to the new republic founded by Bolivar.

The islands became known worldwide after Charles Darwin visited them in 1935 and observed that the beaks of the finches (birds) were different on each island and thus began to shape his theory on the evolution of species.

Today they are a UNESCO World Heritage Site.

The Galapagos archipelago has 13 islands, all of them of volcanic origin, at least 8 of them have presented constant volcanic activity throughout history, which is why the archipelago is considered one of the most active volcanic zones in the world.
Of the 13 islands, only 4 are inhabited by man: Santa Cruz, Isabela, San Cristobal, and Floreana.

Galapagos has become a legendary snorkeling destination. Blue waters, endless marine life, and endemic species are the perfect ingredients for an unparalleled adventure under the sea. Here are the Top 8 snorkeling spots in Galapagos. (there are hundreds so it was difficult for us to choose only eight, you should go and live the experience yourself)

Around the islands, you will snorkel with sea turtles, penguins, sea lions, marine iguanas, whitetip reef sharks, rays, and a whole host of reef fish.

Located on Floreana Island, Devil’s crown is one of the most famous places to snorkel in the Galapagos. Sea turtles, sea lions manta rays, and white-tip reefs, sharks roam the subarctic volcanic crater, a place teeming with marine life. Here you can do both snorkeling and scuba diving.

Located at Darwin island, here you will find the largest biomass of sharks ever seen in the world. Darwin’s Arch is considered an icon for diving and although the rock formation that formed the arch collapsed in May 2021, this site continues to be a reference for expert divers. It is called an underwater theater, as it allows you to stay attached to the rocks to admire the amazing life under the sea.

A true gem, on pinnacle Rock you can see Galapagos penguins swimming under the water while snorkeling. ( is that it is the only species of penguin that may be found north of the equatorial line). Also if you are lucky enough you can you can live a lifetime experience swimming along playful sea lions. Pinnacle rock also is home to a wide tropical fish and white-tipped sharks

It is located near San Cristobal Island and is another of the most iconic islets of the Galapagos.  Among its rocky formation is an exceptional channel for scuba diving, divers make dives between these majestic walls to discover impressive marine fauna.

You can see different species of sharks such as: hammerhead, black tip, and Galapagos sharks; sea turtles and unique colorful fish swimming near the wall of the islet, certainly a spectacle that makes divers return again and again.

If you want to live the experience of diving next to schools of hammerhead sharks, Gordon Rocks are the right place. It is an extinct volcanic cone formed by three rocks that protrude from the surface and provide an unusual island landscape. Due to the depths and currents, Gordon Rocks is ideal for experienced divers.

There are also possibilities to observe Galapagos sharks, sea lions, and rays, among other species. To get to this site you must take a tour that departs from Santa Cruz Island.

Located on Española Island, Gardner bay offers the possibility to snorkel from the stunning white beach full of sea lions. From parrot fish to sea turtles and rays, Gardner bay is the perfect place to learn snorkel, clear and calm water makes it easy to see all underwater life

Here in Tagus cove, you have the chance to spot sea horses, marine iguanas, penguins, and sea turtles, and maybe swim a long side flightless cormorants. It is one of the most popular snorkeling spots on Isabela island.

One of the Western Isles of the Galapagos is Punta Espinoza, another popular snorkeling spot. Highlights on this Island are spotting dolphins and humpback whales. penguins, sea turtles, sea lions, marines iguanas, and flightless cormorants are inhabitants of the area.

If you are thrilled to book an experience on to the Galapagos, we recommend you to find a local agency like  Expedition Ecuador with plenty of experience, the best hotels and tours offers around the islands (snorkeling, volcano camping, bird watching, and hiking). It is recommended to go to the islands with experienced guides who know the area and guarantee a safe experience.

What else can you do in Galapagos?

It is a species endemic to the Galapagos Islands; this reptile has the unique ability to live and hunt food in the sea. For this reason, it can dive up to 10 meters in the ocean and, as a cold-blooded animal, its color is very dark. The tail is flat, which allows them to swim easily through the waters of the Enchanted Islands.

The flightless cormorant is endemic to the Galapagos Islands and is the only cormorant in the world that cannot fly. This web-footed bird hunts for food near the bottom of the ocean and feeds on fish, eels, and octopuses. The feathers are not waterproof, so the flightless cormorant spends much of its time drying its feathers. This unique bird is only found on Fernandina and Isabela Islands.

The blue-footed booby is an intriguing bird characterized by its blue webbed feet. The name “booby” was coined based on the Spanish term “bobo”, meaning “foolish”. The blue-footed booby can be found on many of the islands of the archipelago. Their diet consists of small marine animals, and they are often observed dive-bombing to hunt their food. Males are known for their mating ritual through which they attract mates.

It is the largest species of turtle, adults can weigh more than 440 kilos and measure more than 1.8 meters in length. In nature, these giant tortoises have life cycles of more than 100 years, making them one of the longest-lived vertebrates. Individuals in captivity have lived more than 170 years. Galapagos giant tortoises are interesting because, like many animals in the archipelago, they have adapted to the unique environments of each island; therefore, different subspecies are found on different islands. In 1700, the Giant Tortoise suffered a drastic population decline due to pirates and visitors hunting the tortoises and using them for oil.

is commonly observed in clear reef environments and can grow up to 3.7 meters and is commonly found distributed in large groups. It is also a predatory species, and feeds on bottom-dwelling fish; however, larger individuals may have a more varied diet, including other sharks, marine iguanas, sea lions, and human waste.

It is endemic to the island and can be found in most of the archipelago. Its size and color vary according to each island due to the adaptation process they have undergone. Isabela Island is home to the largest land iguanas in Galapagos; this species feeds mainly on cacti, where they find a great source of fresh water. The Galapagos land iguana has a lifespan of approximately 50-60 years.

The lava gull is a large bird endemic to the Galapagos Islands, where the entire population is found and is estimated at around 300-400 pairs. Adults have dark gray plumage with a white belly and a distinct bright orange ring around their eyes. These gulls swim alongside ships in the Galapagos Islands, where they are better able to hunt squid when the water breaks, allowing for greater visibility.

Although small in number (approximately 150 pairs live on the Islands), this bird is not considered endangered. Endemic to the Galapagos Islands it is at the top of the food chain and feeds on insects, lava lizards, and even small land iguanas. This hawk is relatively large and dark brown and is found on several islands.

How to get there

You should know that in some of the islands there are airports, so getting to Galapagos should not have any inconvenience.  The first step you need to fly to Guayaquil, Ecuador, then you can take a flight from Guayaquil to Baltra airport (GPS), near Santa Cruz Island, or to Puerto Baquerizo Moreno airport (SCY), on San Cristobal Island.

If you arrive in Baltra you will have to take the ferry and then a bus to get to Puerto Ayora, Santa Cruz’s main town.

If you are taking a cruise you have to take a bus from Baltra to the deck(Muelle bus”).

What are you waiting for?

See you in our next adventure 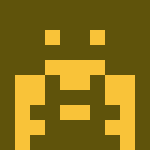