A year can be defined by a lot of things…jobs, travels, people, homes; but of course music is one of those things that always brings you back to a moment in time. In Colombia, there is no shortage of talent, flavor, creativity and passion when it comes to music. Since moving here at the beginning of 2014 it was hard not to fall in love or move-in-my-seat to the variety of hits and Colombian artists dropping their beats this year. Of course this is not an exhaustive list, but a look at some of the most popular songs of 2014. Get your headphones, make sure there is room to dance and enjoy!

1. Cali Flow Latino – Ras Tas Tas – Probably one of the most ubiquitous songs of the year. Not only does this one make you want to get up and move, but it also popularized a whole new dance genre, “Salsa Choke”.

2. Mike Bahía – Buscandote – This song is just too catchy. It’s also the first big hit from the new kid on the block all the way from Cali. Bahia was a participant in ‘The Voice:Colombia’ just last year; it’s been a meteoric rise to the top…

3. Carlos Vives Ft. Choquibtown – El Mar de Sus Ojos – Talk about an all-star cast for this super danceable hit with a lively Pacific sound. Carlos Vives, a Colombian mainstay and Choquibtown, stellar Afro-Colombian hip-hop group, team up on this one making for a pretty darn awesome sound. Had this on repeat for weeks!

4. Mr. Black – El Serrucho – One of those songs you kind of hate to love, but you’d be lying if you said you didn’t know it or at least know the hand-motion dance moves that go along with it. Call it your guilty pleasure of the year. Plus the video is probably the best argument you could find against reggaeton as a genre…

5. Bomba Estereo – Que Bonito – The newest single from the Colombian electro-tropical group did not disappoint. After the runaway success of Elegancia Tropical, their last album, the pressure is always on this band to deliver, but they surely did with ‘Que Bonito.’ Whether you understand the words or not, you will be dancing by the first few lines of this song.

6. J. Balvin – Ay Vamos – The reggaeton singer from Medellín keeps pumping outtop-track after top-track, with this one coming in the late summer of this year. Head out for some “rumba” and you will be dancing to this song for sure.

7. Juanes – La Luz – A Colombian great, probably one of the most recognizable Colombian artists around the world was back with a bang this year with his February hit La Luz. This guy is immortal!

8. Shakira – No Me Acuerdo de Olvidarte – She may be a pretty global phenomenon by now, but don’t forget she is Colombian! Shakira’s new album has been topping the charts all over the world and featured prominently in this years World Cup, but this excellent release is sung entirely in Spanish.

9. Alkilados – Amor a Primera Vista – These hit-makers from the Coffee Triangle were back after a crazy-successful 2013 with their unique sound and ukulele playing front-man; ‘Amor a Primera Vista’ was the latest in a long-line of excellent singles from Alkilados.

10. Quantic feat. Nidia Gongora – La Plata – Although Quantic is not strictly Colombian, he makes it into this list by sheer force of Colombianess and Colombitude (not a word…). His new album Magnetica featured a number of standout tunes, but this ode to money, sung by Colombian singer Nidia Gongora, was the highlight. 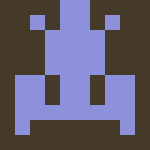 My name is Tracey Armitage, hailing from the that gringo state up north, the good ol´ USA, Maryland to be exact. At the quarter-life cross-roads, I decided to go after the dream I had been sitting on to live and work in Latin America and try to make a difference through positive social impact. At last, I landed an internship as coordinator of a young and innovative sustainable Colombian coffee brand! Hola Bogotá, Colombia, home sweet home... More posts from Tracey Armitage