First, I am going to tell you some personal details so that you understand me: Before coming to Colombia for the first time I had already lived and/or traveled for more than 1 year in different countries in South America and according to me (and several friends that I met along the way) was already defending myself well in Spanish. But it turns out that when I arrived in Medellín, the first city I knew in Colombia, from one moment to the next, I felt again like in those first weeks in Ecuador (where I had first set foot in South America and in the end I learned Spanish).

Later, living in Chile, I even had very good Colombian friends, and we understood each other without problems, but when I got here I no longer understood much …

In addition to the “voseo” (vos decís, vos venís, etc.) and swallowing the “d” when words end in -ado (calentao, avispao, terminao, etc.), the expressions vary and the words in each country and each region, but here in Antioquia and the Eje Cafetero it is something different. It is not just a way of talking. It’s a lifestyle. It is culture and pride: EL PAISA. I affectionately call it Paisalandia.

If you want to visit Medellín and Antioquia, quote here.

Surely one of the first paisas phrases that I had to learn after the typical Colombian words such as the parce / parcero because literally, everyone asked me that question: the family I was staying with, friends, acquaintances, co-workers … Even the bus drivers and those who work in a store or supermarket because my foreign accent was too obvious hahaha.

So they asked me some questions to make conversation and I always wanted to know if I felt good in Colombia and if I liked it, they asked me: Are you rigged? My answer to this day is the same: Sure I do!

Walking through the streets and sharing with the paisas of Medellín, you can hear people greeting each other every day, but they don’t say hello, how are you? Or How have you been? – Well, thanks. And you? If not, many times they simply ask you: what else, good or not? Sometimes I have also heard them say: ¿Qué más hijo/padre/parce/llave/etc? (What else is son / father / parce / key / etc?) I have heard that abroad it even sounds rude to them and me, personally, at first did not know how to answer, why would people ask me what else? … What else of what? But living in Medellín for almost 2 years, I also say it to say hello 🙂.

That phrase is so typical that I don’t think I have to explain it… Qué chimba! It is used mostly among young paisas, but many times it is difficult to know if it is a good or bad thing. If they say, ¡What a chimba of motorcycle! It can mean that it’s cool or that they don’t like it, it depends a lot on the context. There are other variations such as chimbo and ¡que chimbada!, which usually express something that is not good, such as what a Chimbo watch that I bought yesterday, it was still only worth 10 lukas! Chimba can also refer to the vagina in a vulgar way, although it is rarely used.

Quote your trip to Santa Marta and Tayrona Park here.

If you tell the paisas something that they don’t like, that they find unpleasant, bad or of poor quality, they will tell you “qué peye”. For example: “What a problem with customer service from x company” or “The mangoes that we bought 2 weeks ago are already very bad.” It can be said that it is the opposite of chimba: “The trip to Santa Marta was a chimba, but the road trip was peye.”

These phrases are used to express joy and admiration, although the word “cuca” only means vagina as well. I’ve heard a lot of older people say that phrase. Example: A child shows a school assignment that was rated 5 to the family, and the grandmother or aunts respond: ¡Qué nota! I congratulate you!

Once I was very laughing when I heard in the waiting room of the Panama airport to take a flight to Medellín a loud “Ave Maria, pues” from a lady. It is a typical phrase to recognize the paisas all over the world, but it has many meanings: depending on the context and the way of saying it, it can be a phrase of affirmation, of surprise, or as a reaction to a news item or before a question.

Qué caja means what laugh or how funny, and the verb would be “botar caja”. It is one of those phrases that we, the foreigners when we hear them for the first time we think “What is happening, what does Qué caja mean and why are they laughing with a box?”

Both phrases serve to express the bad taste of another person. Mañé is used to express their bad taste about the style of clothing or furniture, many times it refers to the way a woman dresses or to say that she does not like some decoration. Guache refers to men who say rude and rude compliments to women, who sound so ugly that I am not going to give any examples.

Pailas is to be in a bad way so to speak, it is used when something goes wrong and also if one must be careful with something. Are the beans finished yet? – Yes, pailas mijo.

I mean that I may not have understood all the expressions 100%, since it is not my native language, this is how I understood them in the two years that I have been living in paisalandia. I apologize if I misunderstood one or the other sentence, and I thank you if you can leave me your notes in the comments.

How many of these expressions did you honestly know (if not from landscaping)? You can leave me a comment about how it went or what other expressions you think I forgot.

Don’t forget to quote and reserve your trip to Colombia here. 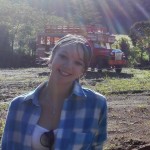